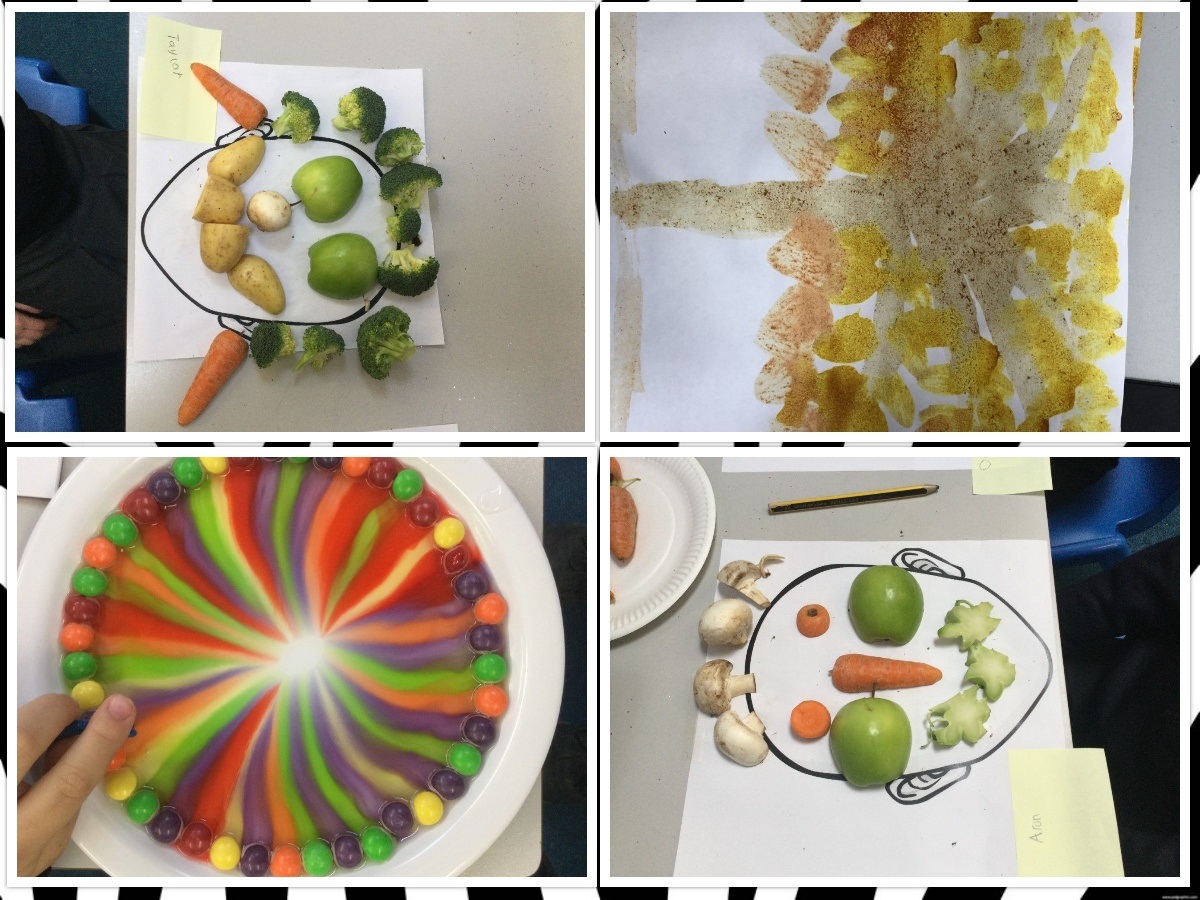 Vegetables, skittles and painting with spices in Year 2 https://t.co/27YUE7MO7J

Art in Burningham Class is in the style of Giuseppe Arcimboldo, the children used fruit and vegetables. They also painted autumn scenes using spices - turmeric, cumin, paprika and cinnamon. They looked good and smelled delicious! 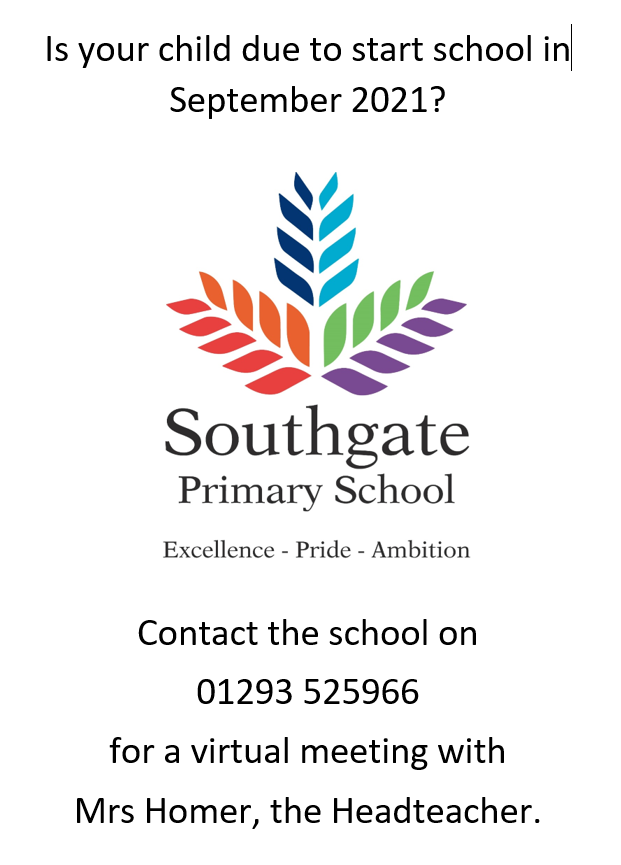 Is your child 5 between 1st September 2021 and 31st August 2022? Looking for a school place? Contact Southgate primary to hear all about us. https://t.co/2Z7ceoDtsJ 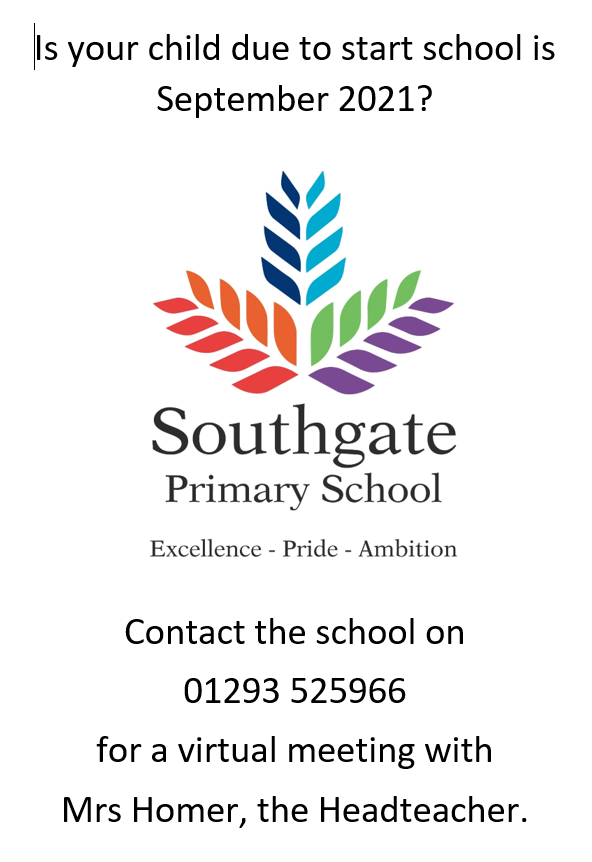 Will your child be 5 years old between 1st September 2021 and 31st August 2022? Are you looking for a school place? Contact us to hear all about our wonderful school https://t.co/25RzHn7sU9 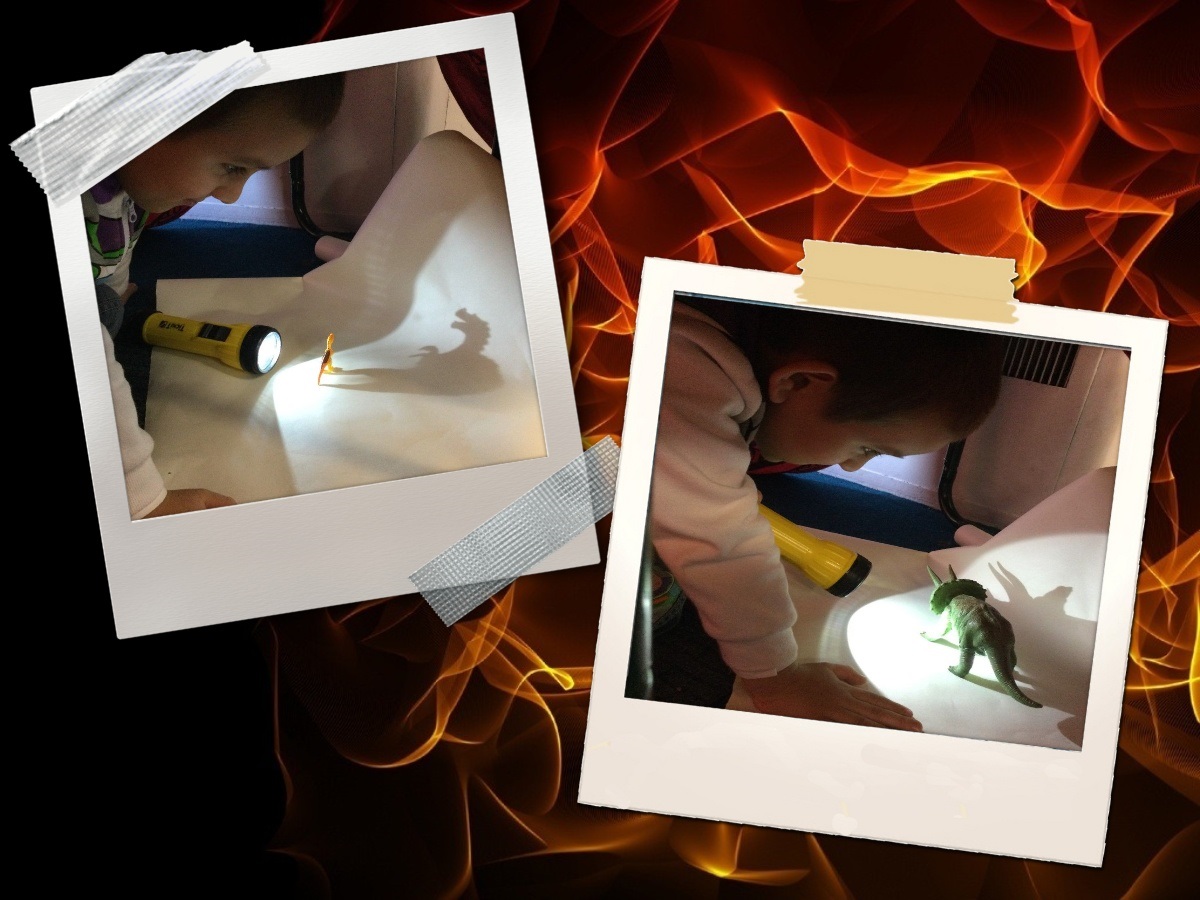 Max loves dinosaurs. He has been using his models to explore light and shadow. https://t.co/a1JY0hYwSG 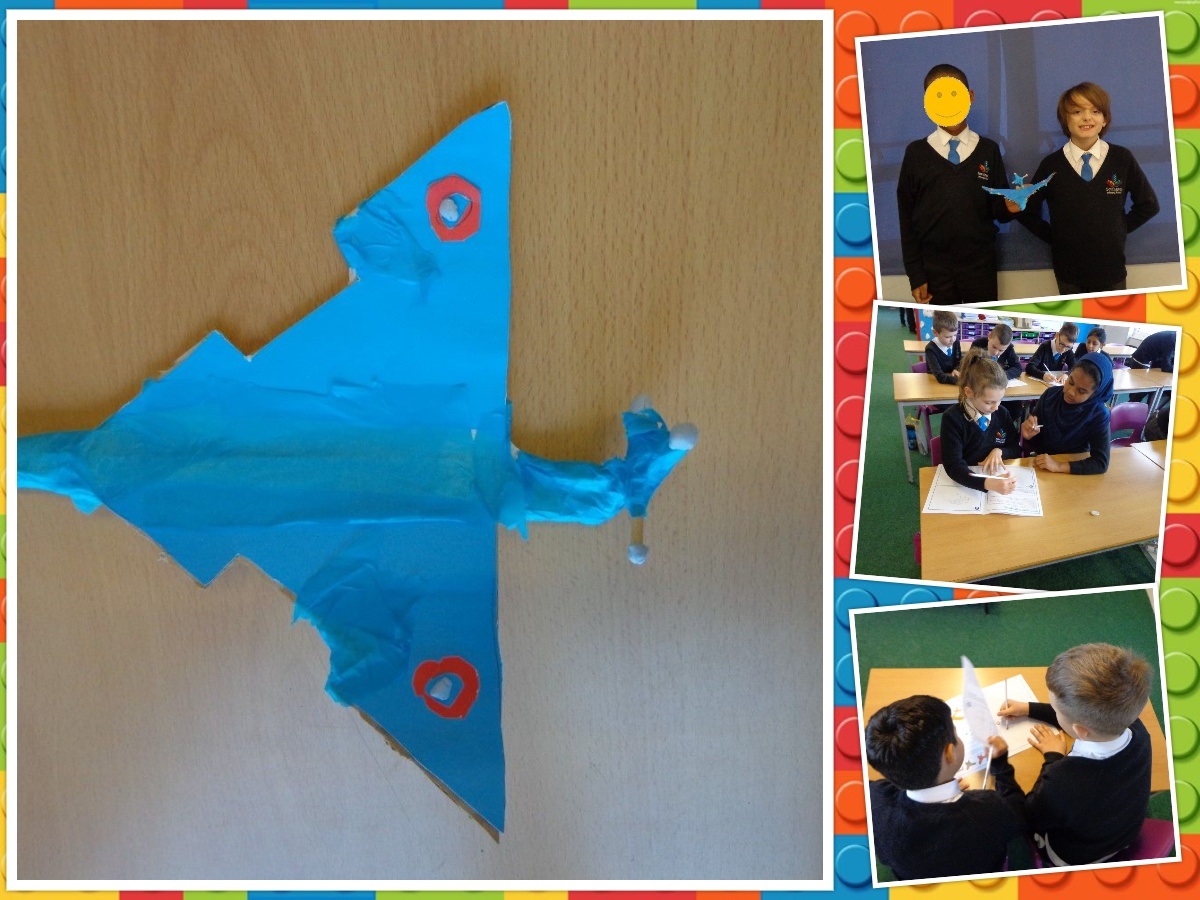 Blackman Class participated in an RAF Glider Challenge virtually, with other schools. We had to plan and design a glider based on an RAF aircraft. We tested their gliding ability - one travelled 8.5m! Tommy and C won our class competition for teamwork and creativity. https://t.co/StRmRzMcp0 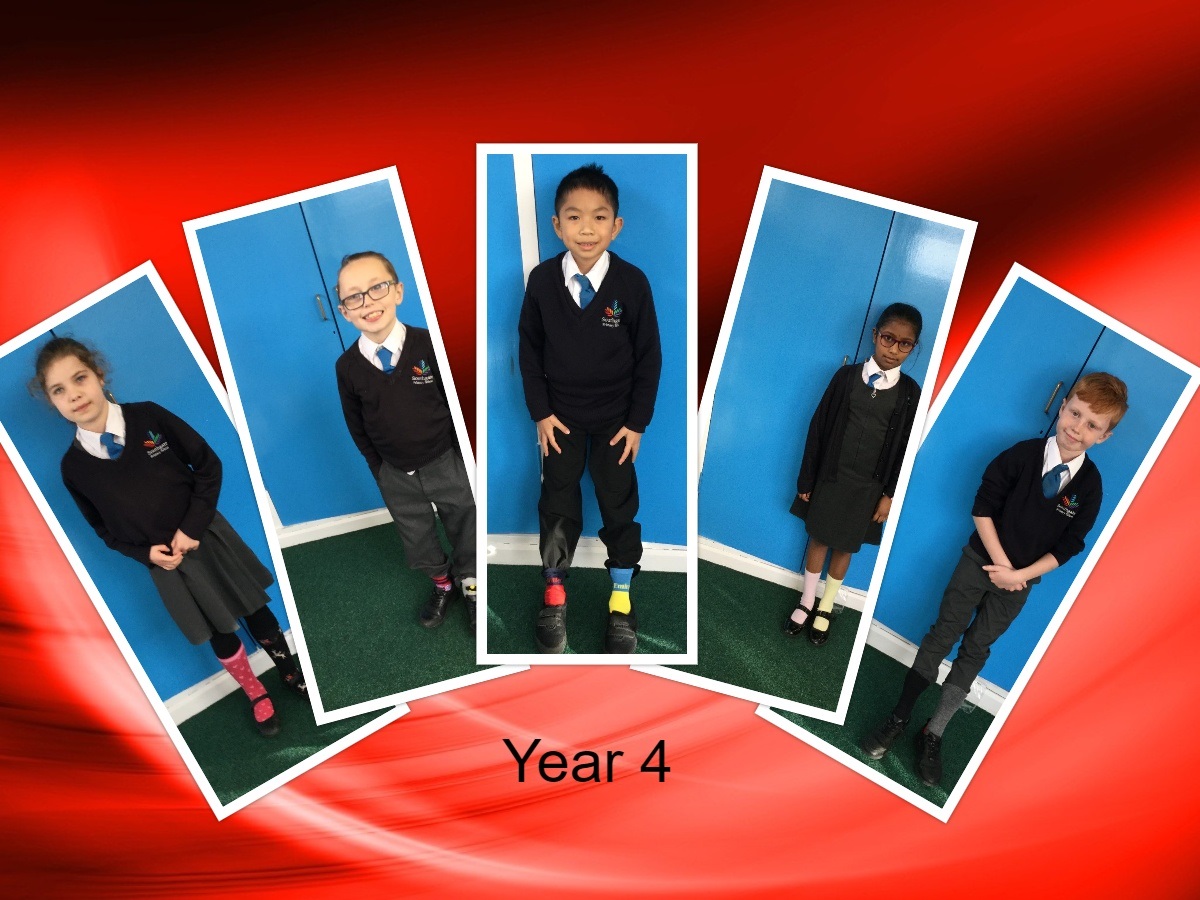 We launched Anti-bullying Week with Odd Sock Day. Every day, we try to be kind, to everyone. Here are our Year 4 Odd Sockers! https://t.co/5RWhdgwlwK 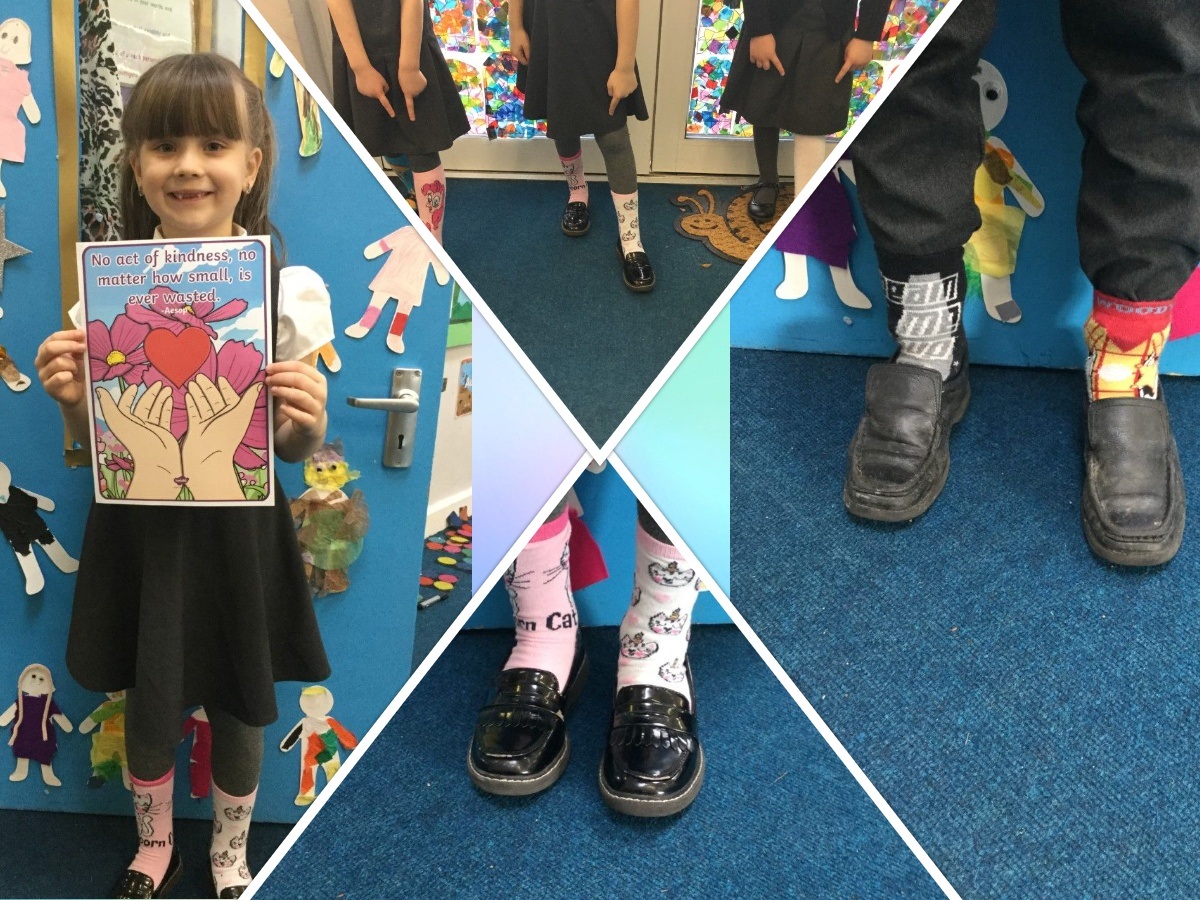 We launched Anti-bullying Week with Odd Sock Day. Every day, we try to be kind, to everyone. Year 2 learned 'If you can be anything, be kind!' https://t.co/635fCjwIuE 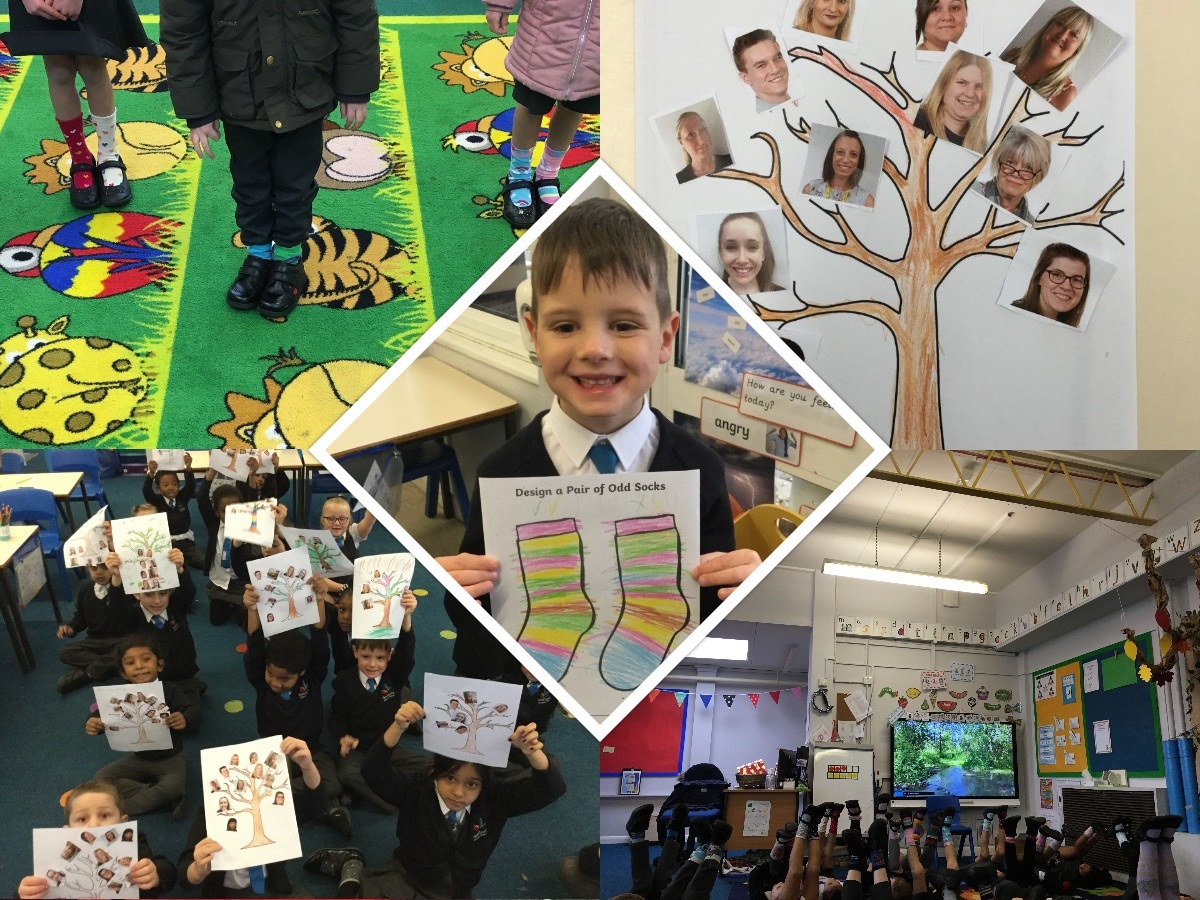 We launched Anti-bullying Week with Odd Sock Day. Every day, we try to be kind, to everyone. Year R had lots of Odd Socks, Year 1 identified people who can help us - the Helpful Tree https://t.co/QZlCxsXiHd 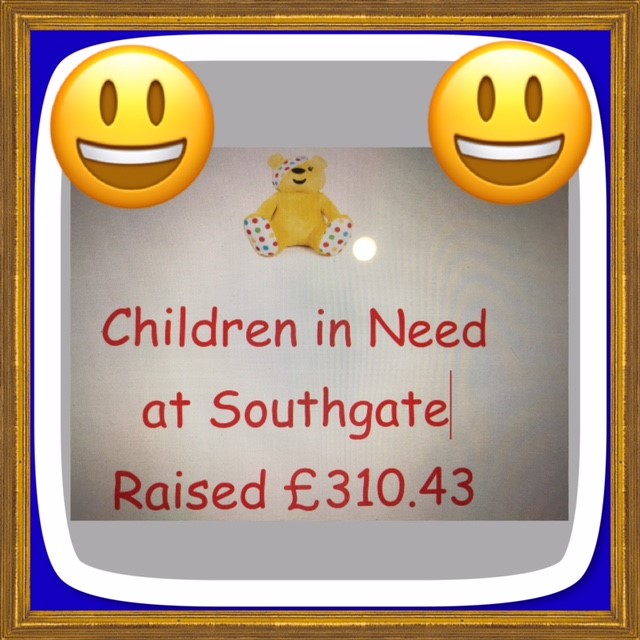 Thank you everyone for your generous contributions! https://t.co/TEbvCIFbJe 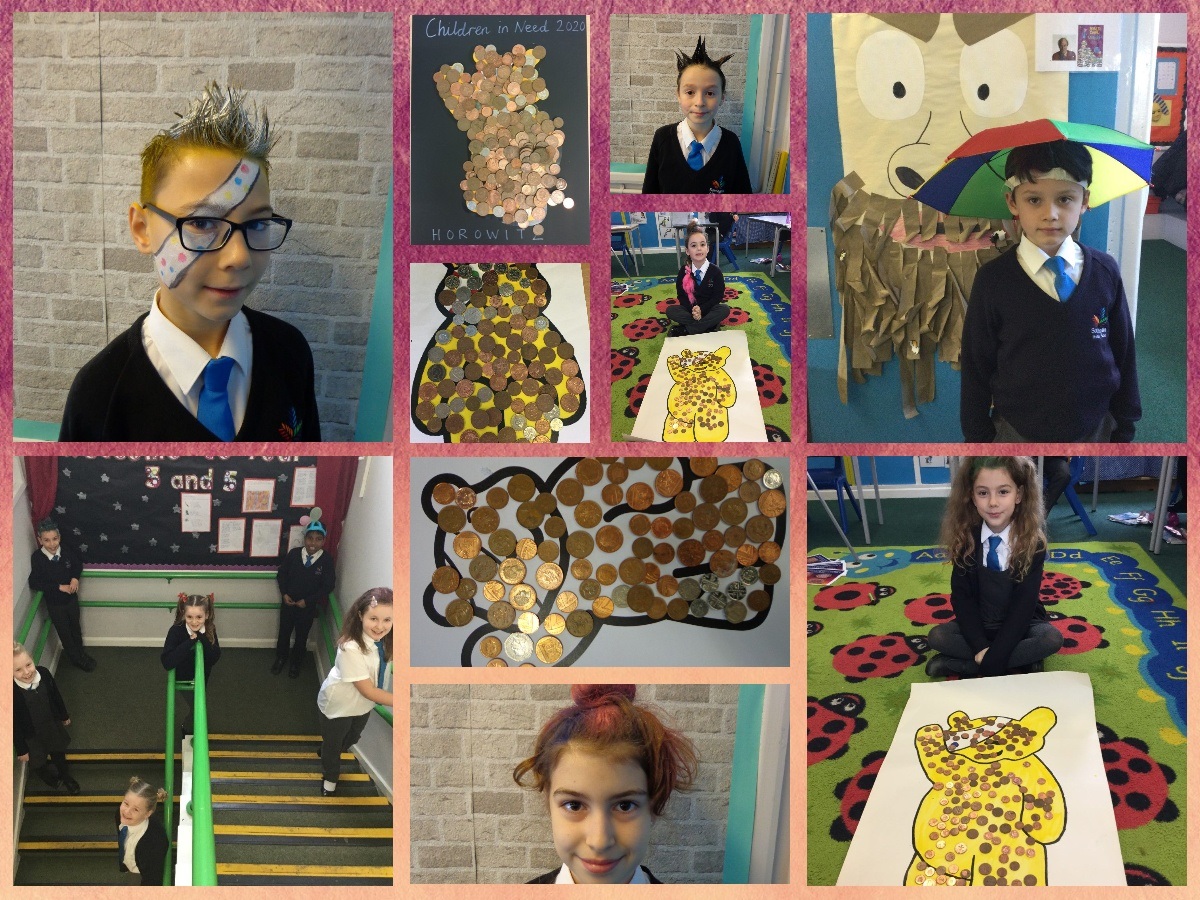 Southgate celebrated Children in Need 2020 with a mad hat and hair day. We collected coins to donate to Child in Need. Here are some of the children's crazy creations! https://t.co/ngwazlPE81 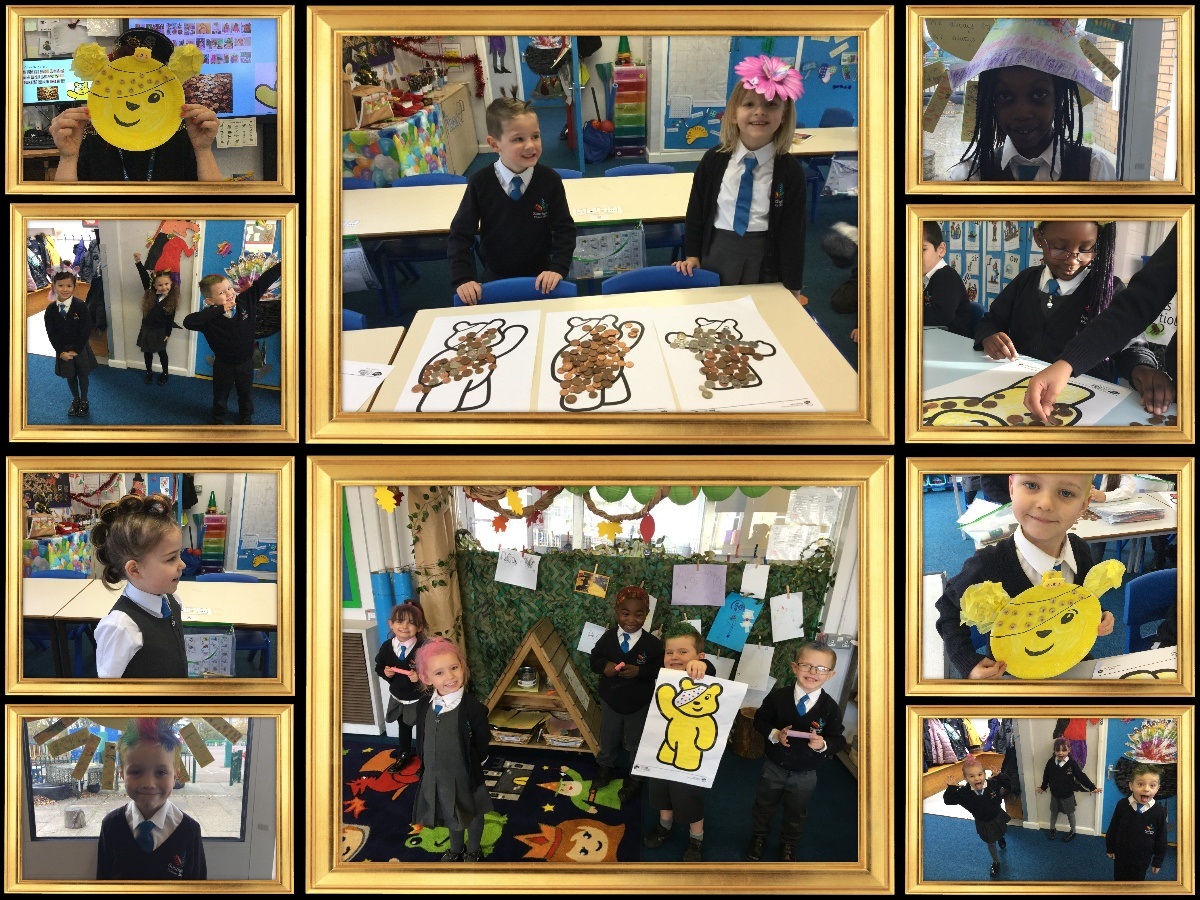 Southgate celebrated Children in Need 2020 with a mad hat and hair day. We collected coins to donate to Child in Need. Here are some of the children's crazy creations! https://t.co/mtduD2Ko8e 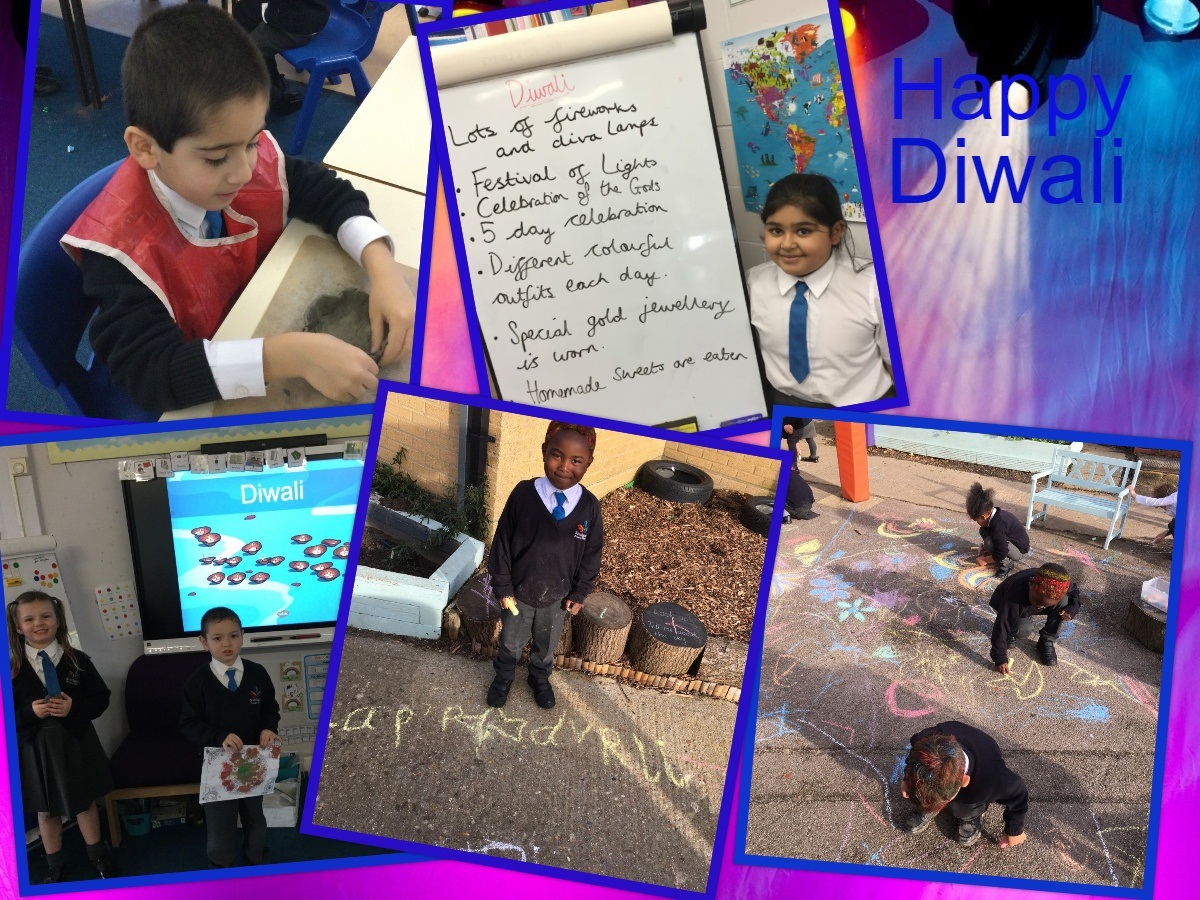 Today we made diva's, rangoli patterns in paint and chalk and Reception wrote Happy Diwali using their sounds. Year 6 had a talk from our resident expert. Happy Diwali from all of us at Southgate. https://t.co/lTxhDEhNFf 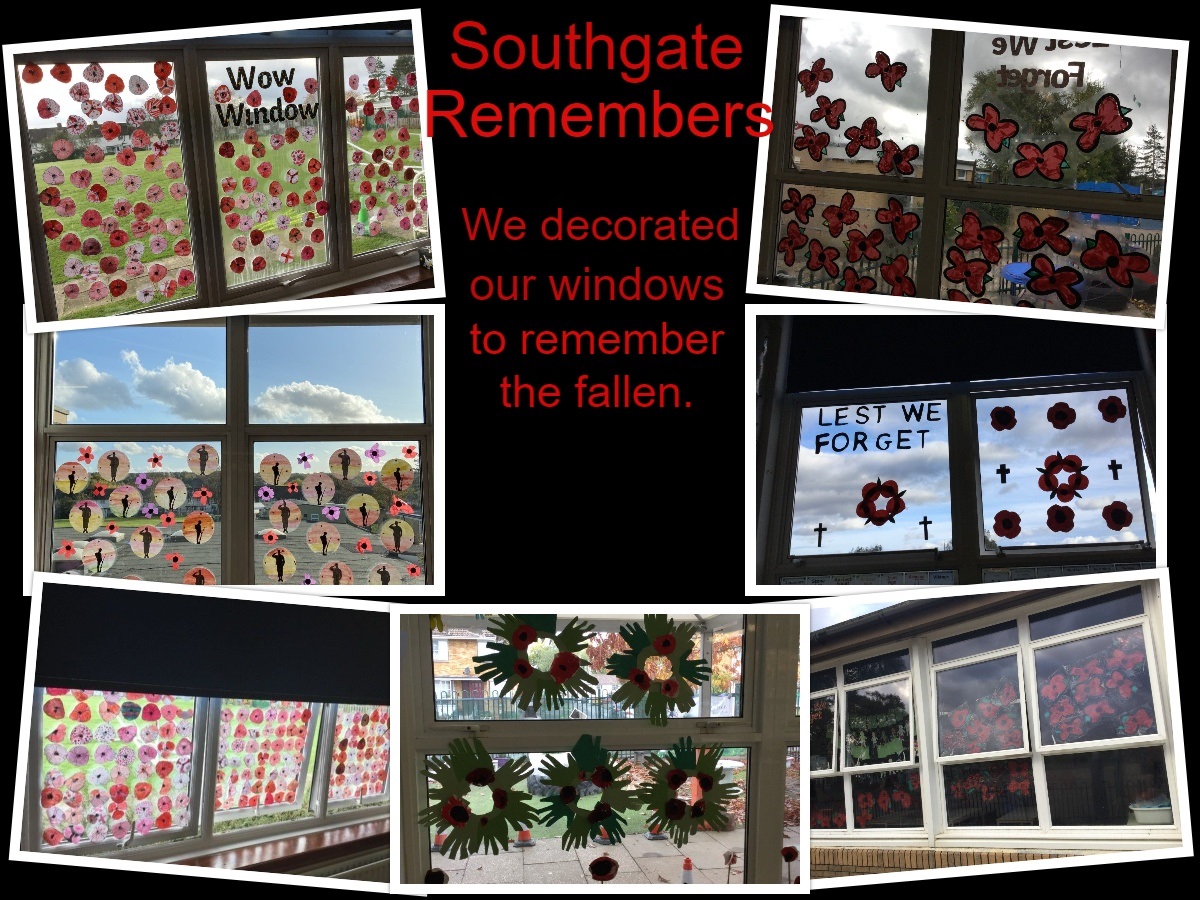 Today we have been learning about Remembrance Day and have had a minutes silence. We have decorated our classroom windows with poppies to respect those who have kept us safe. Lest we forget. https://t.co/KyMBmgxWZA 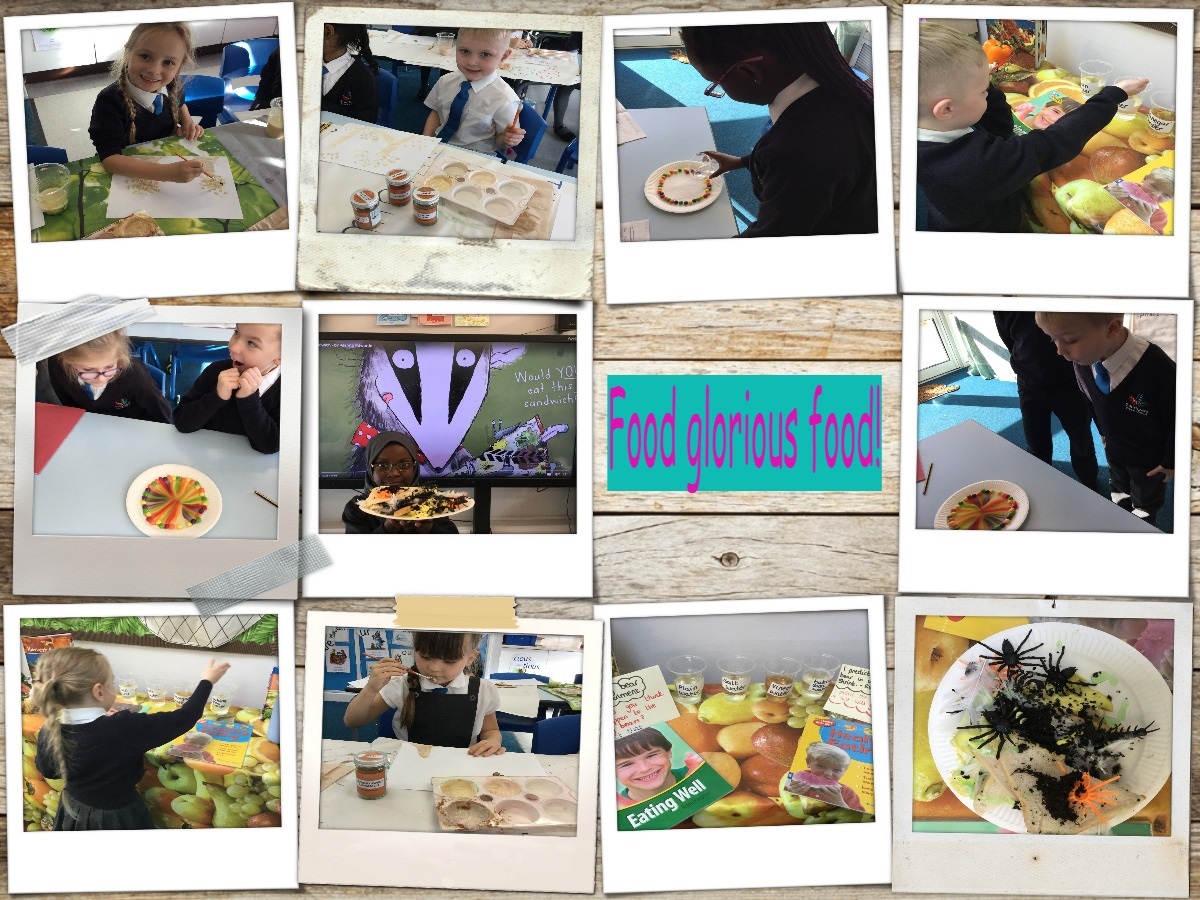 Year 2 have been learning about Food, Glorious Food. Tasting, smelling, experimenting and having fun. https://t.co/9JEFRgboYW 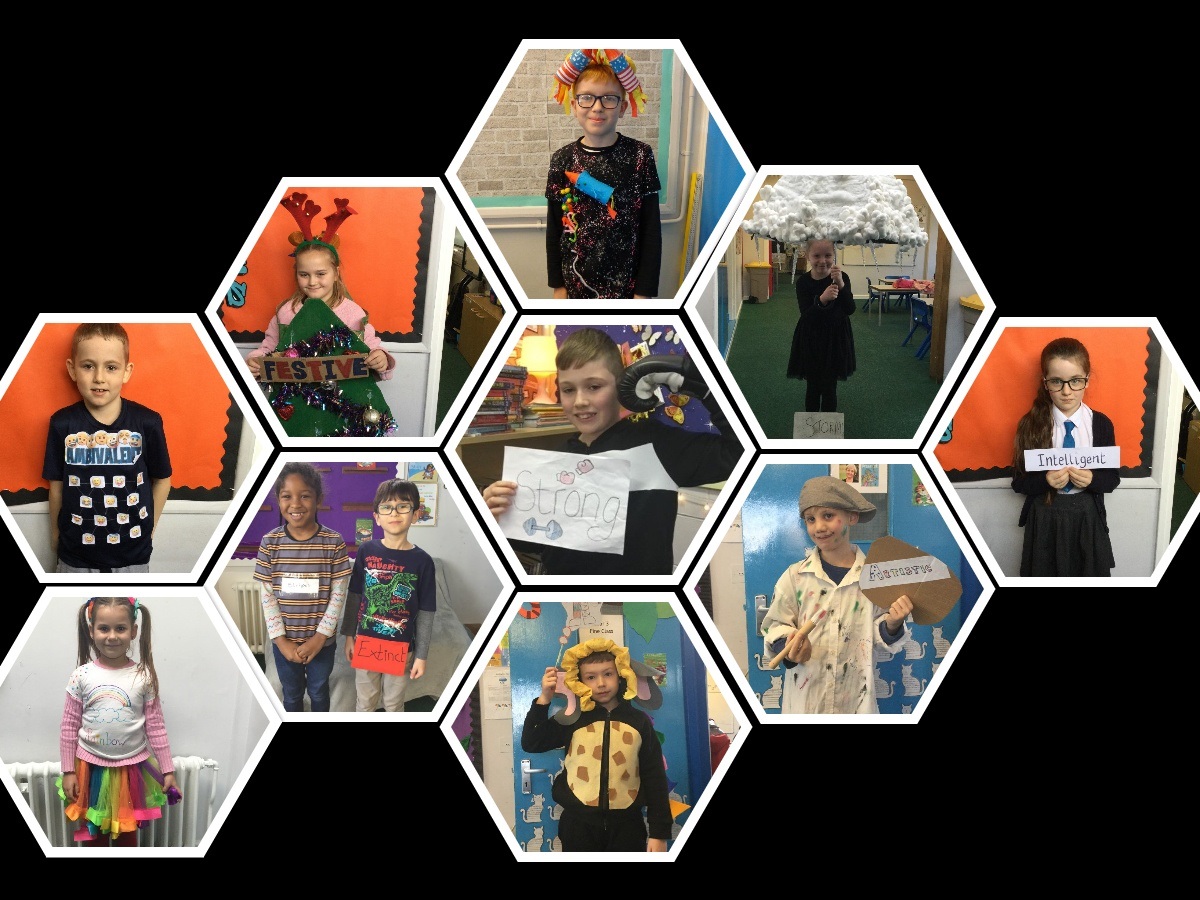 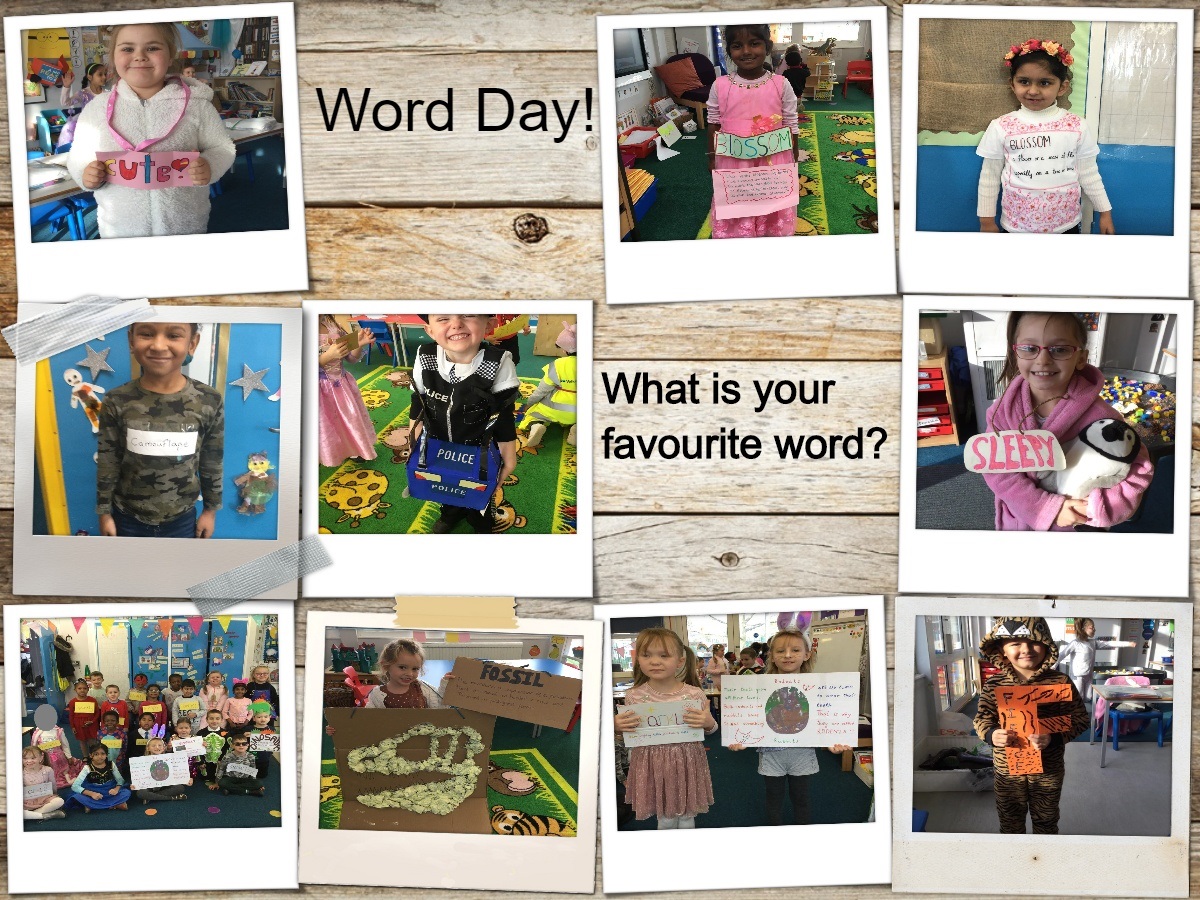 We celebrated Words today at Southgate. Everyone had to come to school dressed as a word - we had nouns and adjectives in every class. I loved ambivalent, festive, fierce and onomatopoeia! https://t.co/W2PUQMn3yW 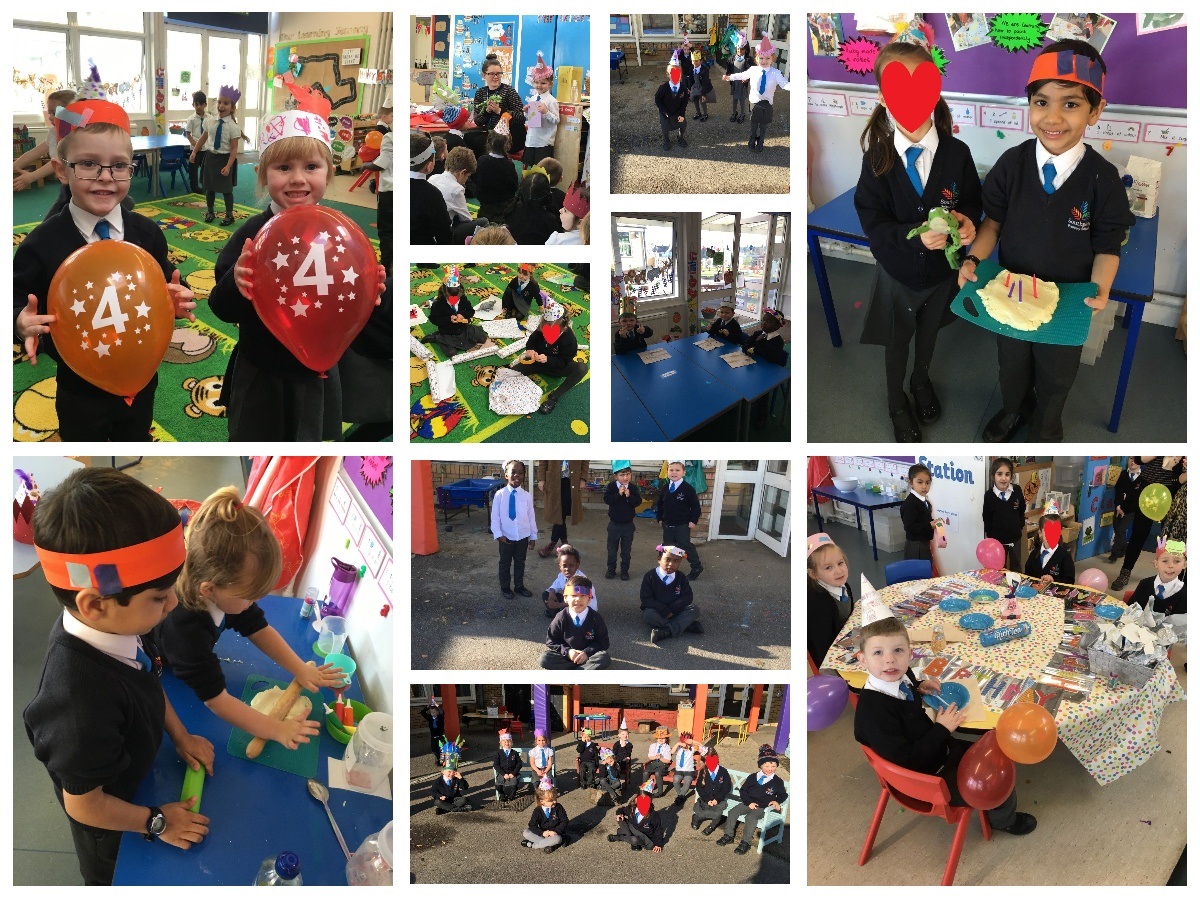 In Reception Class, we celebrated Fred the Frog's 4th birthday today. Fred helps us to sound out, blend and read. We had a party for him and wore party hats. We made him a cake, wrapped presents, had balloons, danced and decorated and ate biscuits. We had so much fun! https://t.co/6Eh4nyAKAd 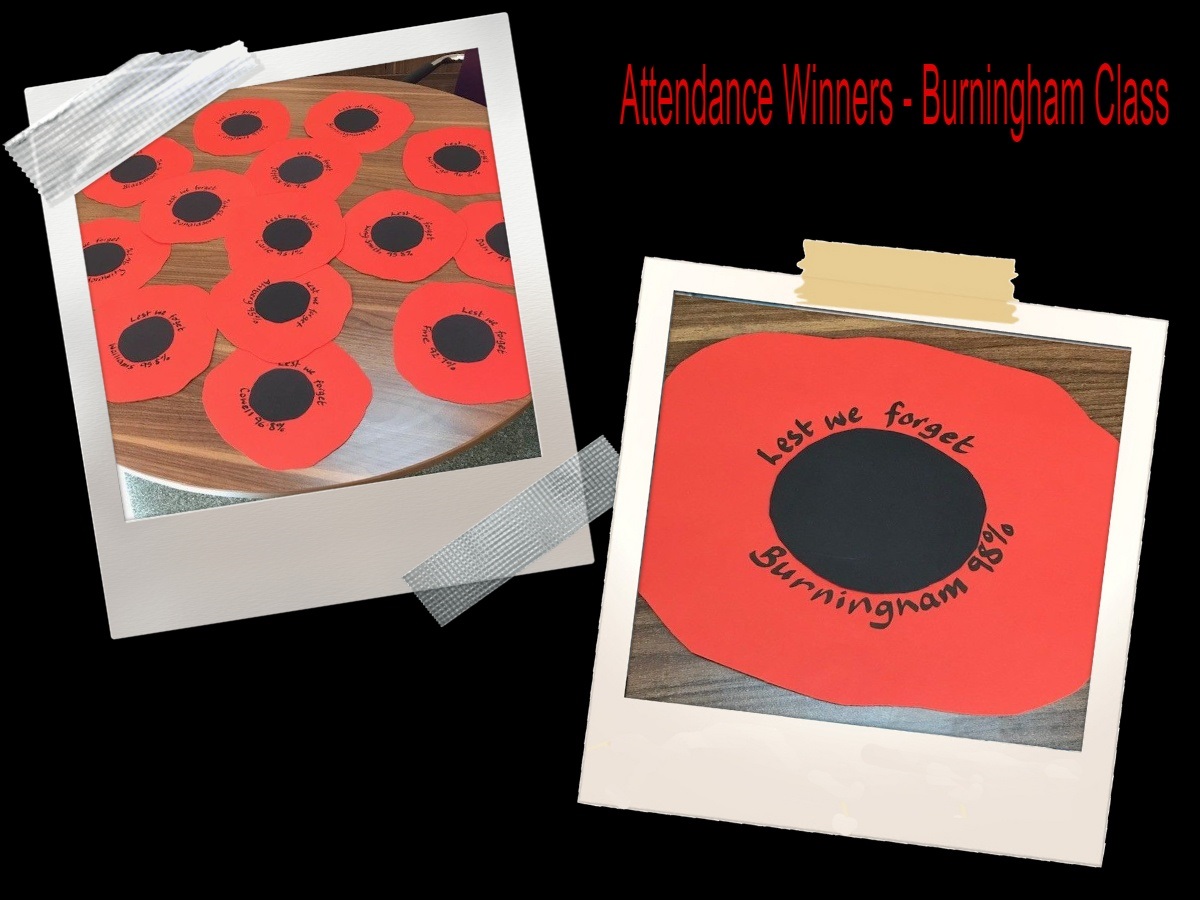 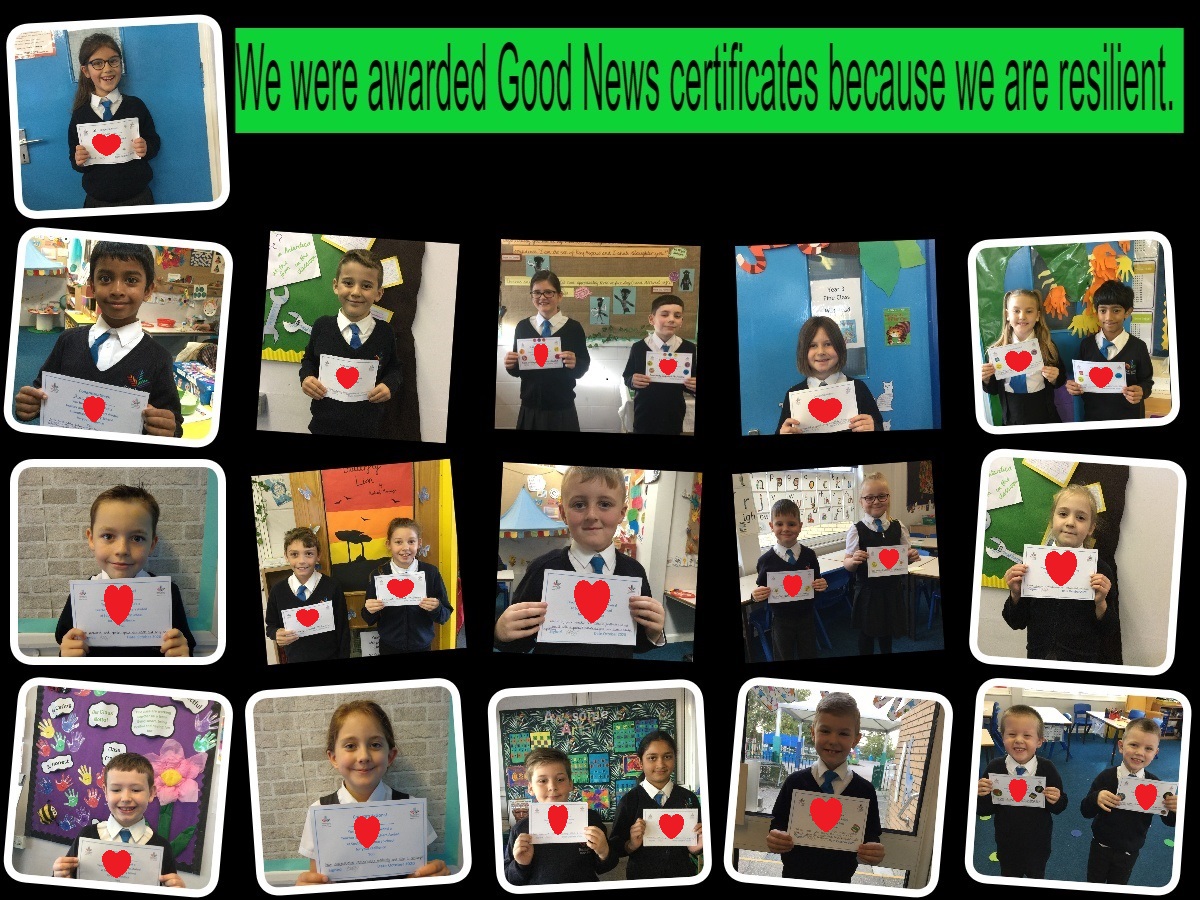 At the end of each half term we all celebrate what we have done well at our Good News Assembly. We did this virtually for the first time! We focused on being resilient in our attitude and learning. Here are our resilience Super Stars. https://t.co/NQcIMTfxeC

Celebrating a decade of collaborative success

Southgate Primary School is joining our GLF colleagues in celebrating a decade of partnership working which started with Glyn School and Danetree Primary and now has more than 40 schools, including our own since 2017.

October sees the milestone anniversary of the two schools working together to lay the foundations for what, a decade later, has become GLF Schools, with 41 secondary and primary schools across five different local education authorities.

GLF’s CEO Jon Chaloner was head teacher of Glyn when it began, and has since moved to his current position, covering the whole group and guiding that initial partnership onwards, outwards and upwards to what it has become today.

He said what began out of necessity soon emerged as an opportunity for something much bigger and more innovative.

“At the end of September 2010, Danetree did not have a permanent head teacher, so the local authority asked local schools for their availability to help,” he said.

“Glyn was a National Support School and I was, and still am, a National Leader of Education, so the motivation was simple. Danetree’s children needed leadership as soon as possible, so we put together a team to help, and things developed from there.”

Glyn had been through something of a transformation of its own with its Ofsted rating moving from satisfactory to outstanding across the course of seven terms between 2006 and 2009, so Jon said it was clear that they were in a position to lend a helping hand.

“We were ideally placed to share our experiences of a rapid school improvement journey but we soon learnt how the primary sector was different, so we couldn’t just replicate what we’d achieved at Glyn,” he said.

“This has proved to be a valuable lesson for what GLF has gone on to become. One size does not fit all when it comes to schools, and things need to be made to measure. We always bear that in mind.”

The collaboration was important for both schools and current head teacher at Glyn, Matt Duffield, explained: “The journey in school improvement that Glyn has been on since the partnership with Dantree began in 2010 has been remarkable. We are delighted that this association has developed into a much richer and broader relationship with the 40 other schools and 15,000 children.”

Long-term planning and learning lessons for future projects were nowhere on the agenda at this point, however.

“The partnership was only intended to last for that one academic year,” Jon continued.  “Link-ups of this sort between schools were becoming common at that time, but this was the first occasion in Surrey where a primary and a secondary school had teamed up that way.

"It was a win-win situation, though. Danetree needed leadership to address matters from its Ofsted report the previous year, and it was a great opportunity for Glyn’s 12 Advanced Skills Teachers to gain more experience in that field.

"Unintentionally, it soon became clear how much both sides were benefitting from the experience, and how advantageous it might be to pursue it further.”

The head teacher at Danetree school Bethan Smith said the school had ‘benefited unreservedly from the support provided by GLF.

“As a result of effective partnership working, sharing expertise and learning from one another, Danetree has gone from strength-to-strength. The highly skilled central team provides support and challenge, which has enabled all schools within the trust to work effectively to achieve a common goal. I feel privileged to be part of the academy trust,” she said.

A subsequent Ofsted inspection in November of that year noted Danetree’s improvements as a result of the partnership, so much so that the local authority asked Glyn’s governors to extend it for the year 2011-12, which Danetree’s governors welcomed. This later became permanent, and as Glyn was an academy, Dantree converted to being one as well, and in September 2012 GLF Schools was founded.

Shortly after this, GLF Schools received an approach from the governors of another local school, Cuddington Croft Primary, and later that year the Department of Education identified Glyn as a potential sponsor for several other underperforming Surrey primary schools, with four more schools joining in autumn 2013, and two brand new primaries also signing up. GLF Schools was starting to grow, and has continued to do so, but only as and when it feels right.

“Today GLF comprises schools that have chosen to join, brand new schools that we have opened and also three more sponsored schools where there was a record of underperformance,” Jon said.

“The blend of schools is strategic, rather than a random collection. Expansion has needed to be based upon the geography of our existing schools as well as being in a position to support all schools, whatever their performance at that time.”

Despite many schools now bearing the GLF brand, Jon says the priority has always been the individuality of the school, not the group identity. “We always aim that schools should retain their individual identity and place in their local community, with our identity being less prominent,” he said.  “One thing that I hope does unite us all, though, is the message of being stronger with us than without us. That was the philosophy when it was just two schools, and it remains the same now.”

GLF Schools’ greatest achievement over the last 10 years, Jon says, is the pupils its schools have produced. “Their personal achievements are vast and these are enabled through the partnerships between home, school and the trust,” he said.

“Our schools are bound by a sense of purpose for our children and their families, and our leaders and governors contribute in many ways to the group’s continued development. We are one team, with many shared aspirations for each school.”

The past 10 years have taken an initial two schools on a journey to something much bigger than anyone involved at the start could have anticipated, and when it comes to looking forwards, Jon is happy to keep his head down and continue encouraging the good work across the group.

“In five years’ time we’ll still be here, supporting schools to be the best they possibly can be,” he said.

“Education is essential for our society. Our schools will continue to be schools for their local communities, a place where all children who attend have the opportunity to ‘grow, learn and flourish’.”

Also In the News

Southgate Primary School is committed to safeguarding and promoting the welfare of children and expects all staff and volunteers to share this commitment.

*
Cookie Notice: We use cookies on this site to improve your user experience.
Accept Find out more